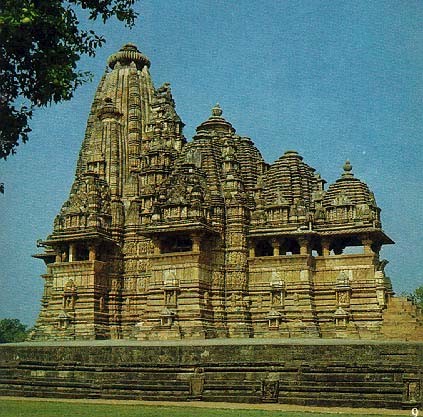 Though India is a Secular Republic, and though secularism commands separation of state and religion, State governments have taken over all prominent Hindu temples and shrines which is an anti-secular act. The best part is that only Hindu temples have been targeted for government control whereas no Christian church or Muslim mosque has been touched.

A Part from Pak-Bangla terrorists and demographic invasions, another problem tormenting India and its heritage is the outrageous government control of all prominent Hindu temples. It is shocking that though India is a Secular Republic, and though secularism commands separation of state and religion, State governments have taken over all prominent Hindu temples and shrines which is an anti-secular act.

All wellknown Hindu temples including those at Puri, Tiru

pati, Guruvayoor, Kashi, Mathura, Ayodhya, Badrinath, Kedarnath, Vaishno Devi, Mumbai (Shree Siddhi Vinayak Temple), Shirdi, Amarnath, Srisailam, Madurai and Rameshwaram are under government’s control. And in the latest of such takeovers, the ancient Shiva temple at Chidambaram in Tamil Nadu is being grabbed by the government.

The best part is that only Hindu temples have been targeted for government control whereas no Christian church or Muslim mosque has been touched.

Moreover, as discussed hereunder, the State governments are not using the income from Hindu temples for the cause of Hindus or Hindu religion. Rather, the State takeover has resulted inappropriation of temple funds by government. Besides, State takeover has resulted in gross mismanagement and embezzlement of temple funds, closure of many smaller temples, encroachments, sale and alienation of temple lands, and dismantling of temple infra-structure which is leading to gradual demolition of Hindu religion.

Government control of Hindu temples is anti-secular and anti-Hindu. It amounts to suppression of Hindus’ right of religious freedom guaranteed under Articles 25 and 26 of the Constitution of India. Besides, it is discriminatory since only Hindu places of worship have been targeted for control.

Due to government takeover, persons with no devotion and no knowledge about Hinduism, and even non-Hindus are governing Hindu temples.

Though as per Article 25 of the Indian Constitution, all persons are equally entitled to the right to profess, practice and propagate religion, and though as per Article 26, every religious denomination “shall have the right (a) to establish and maintain institutions for religious and charitable purposes; (b) to manage its own affairs in matters of religion; (c) to own and acquire movable and immovable property; and (d) to administer such property in accordance with law”, various State governments are controlling all prominent Hindu temples and their estates thereby depriving Hindus of their Fundamental Rights guaranteed under Articles 25 and 26.

All over the country, there are serious allegations of mismanagement and embezzlement of income and assets of the government controlled temples. Only a few illustrations are given here.

In State like Andhra Pradesh, the devotees’ offerings to temples are appropriated as government revenue; and are not used for Hindu community, or to promote Hindu religious activities. Besides, in several districts of Andhra Pradesh, thousands and thousands of acres of land owned by government controlled temples have been sold, alienated, gifted and permitted to be grabbed by land grabbers though the government has no right to do so since it is not the owner of temple lands.

In Bhadrachalam and Simhachalam, hundreds of acres of temple land have been given to Christian organisations. Moreover, the Endowment department has sold over 1,600 acres of Srisailam Temple land to various missionary organisations. And in 2005, 245 acres of prime land belonging to Seetharama Chandra Swamy temple at Devarayamjal was sold at throwaway price causing huge loss to the temple. And in 2006, the centuries old, 1,000 pillar Mandapam in Tirumala complex was demolished.

Situation in other states is equally appalling. As reported in a section of the Press, for the years 1997-98 to 2002-2003 for which figures are available, major portion of temple income in Karnataka was allocated to madrasas, mosques and churches; whereas temples got only a little amount.

In Kerala, State control has rendered innumerable temples dysfunctional. Besides, under the Kerala Land Reforms Act, over 12,000 acres of Guruvayoor temple’s land has been reduced to a few hundred acres only. And in Sabarimala, 2,500 acres of temple land has been sold by the government’s board. In Orissa also the administration has been selling Jagannath temple endowment lands. In Jammu and Kashmir, even Mata Vaishno Devi Temple University created with the funds of Vaishno Devi Temple does not have Hindu religious studies in its curriculum. Tamil Nadu’s position is equally dismal because of the problems inherent in government control of temples.

And though the church is the largest real-estate owner in the country, no church land has been controlled or alienated by the government.