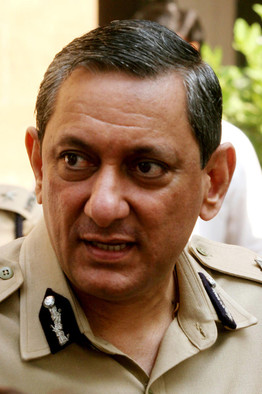 Mumbai: Speaking to the media on Wednesday at the Mumbai Press Club, Joint Commissioner of Police (Crime) Mumbai, Rakesh Maria asserted that, over the past twenty years, the two foremost problems facing the Mumbai police have remained the same: terrorism and organised crime.

But that's about all that hasn't changed, he admitted, as criminals and terrorists are perpetually finding new resources, trying new methods and adapting their means and ends. Where once knives, country-made revolvers and low-power crude explosives ruled the day, today AK-47s, high-intensity Improvised Explosive Devices and hand grenades have replaced them.

Describing the changing face of terrorism, Maria claimed that today the single greatest threat facing Mumbai is the rise of the educated yet indoctrinated terrorist. Unlike the typical terrorist of the 90's, who could be monitored through the Mumbai police's network of informants, the educated terrorist is very elusive and almost impossible to identify.

"(The educated terrorist) doesn't frequent beer bars, visit prostitutes, or go to gambling dens. He has no criminal record, indulges in no other illegal activity, and knows how to cover his tracks. He's intelligent. We have a fabulous informant network, but not for this type of terrorism."