H-1B visa applications to be accepted from April 2: US

PTI | Mar 28, 2012, 12.40PM IST
WASHINGTON: Applications for the most sought after H-1B work visa - used extensively by Indian IT professionals - for the fiscal beginning October 1, would be accepted beginning April 2, a federal immigration agency announced on Tuesday.
Read more »

Coins in Tirupati temple traced back to pre-Christian era 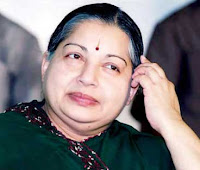 A day after the Supreme Court sought to know the Centre's stand on Ram Sethu, Tamil Nadu Chief Minister Jayalalithaa on Wednesday asked the Union government to declare it a national monument without further delay.
Read more »
From :

Posted by Bhadesia at 9:59 PM No comments:

Church of South India is a Company: Madras High Court

Church of South India is a Company: Madras High Court

The Madras High Court has stated that the Church of South India is a company and is liable to submit its accounts for inspection to the Registrar of Companies.  The CSI had registered itself as a company under the Companies Act, in 1947- 1948. The order to this effect was passed recently by Justice S Rajeswaran, following a complaint lodged by John S Durai, a CSI member. The petitioner alleged that CSI was misusing the funds under foreign exchange account. The writ petition filed by Durai sought for a directive to scrutinize CSI accounts.

Justice Rajeswaran said that the CSI was indeed a registered company. He said, "Only after getting clearance from the Ministry of Corporate Affairs the impugned action has been taken under the provision of law…The contention of the CSI counsel is of no merits and the proceedings cannot be questioned at all by the CSI Trust Association."

Following the petition filed by Durai, Madras High Court directed the RoC to follow up on the matter, wherein a preliminary probe was carried out. The investigation confirmed the allegations made by the petitioner. The RoC was also granted permission from the Central Ministry for conducting a detailed probe into the financial matters of the CSI, under Section 209A of the Companies Act.

However, the CSI moved to High Court against the showcause notice, seeking an extension from the RoC and subsequently questioning the registrar's powers in inspecting their matters. But the matter was pursued by Durai who informed the HC that CSI was a "habitual defaulter in filing the statutory returns in time, and also not in the habit of replying to the genuine queries raised by the registrar regarding complaints received against the CSI".

Posted by Bhadesia at 9:54 PM No comments:

Posted by Bhadesia at 4:09 AM No comments: 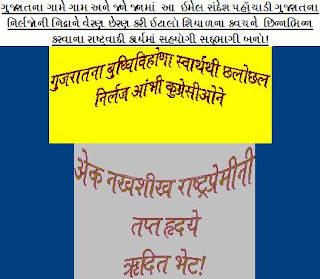 Posted by Bhadesia at 6:24 PM No comments: