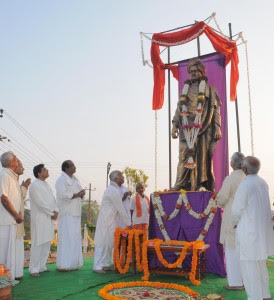 Maintaining that there was no constitutional right to convert a person from one religion to another, justice P Sathasivan of the Supreme Court on Saturday said the right to propagate one's religion was not an unrestricted right.

Delivering the third Dr LM Singhvi Memorial Lecture on "Secularism and Rule of Law in India," justice Sathasivam said the state has a right to pass laws restricting conversions if such activities created public disorder.

Quoting from the SC's 1977 verdict in Stainislaus vs State of Madhya Pradesh & Orissa, he said: "The right to propagate means the right to 'transmit and spread one's religion by an exposition of its tenets'. But…there is no constitutional right to convert a person from one religion to another, because this would impinge on the 'freedom of conscience' guaranteed to all the citizens of the country alike."

The Supreme Court delineated the boundaries of the right to propagate in the context of state legislation prohibiting forcible conversions, said justice Sathasivam, who headed the bench, which made a controversial remark against religious conversions while upholding the conviction of Dara Singh in the Graham Staines murder case last month.

But the bench chose to modify it after several Christian organisations termed it uncalled for and demanded its withdrawal.

On state's the right to pass legislation restricting conversions, justice Sathasivam, quoting from an SC verdict said: "the 'public order' provision of Article 25(1) of the Constitution has a 'wide connotation' and that the state could legislate conversions if they 'created public disorder."

While maintaining, "Secularism is the part of the basic structure of the Constitution," he said the term 'secular' has not been defined, presumably because it is a very elastic term not capable of a precise definition and perhaps best left undefined.

He, however, said in Indian context secularism meant "Sarva Dharma Sambhav" ie tolerance for all religions, which springs from due deliberation for one's own happiness and also for welfare of all beings.

Posted by Bhadesia at 6:13 PM No comments: