Posted by Bhadesia at 1:28 PM No comments:

Posted by Bhadesia at 1:28 PM No comments: 21st January is the Death Anniversary of Rash Behari Bose. He was one of the key organizers of the plan to assassinate Lord Charles Hardinge. He played a crucial role in the Ghadar Revolution, a conspiracy to attack British army from the inside. Rash Behari Bose was the founding father of Indian National Army (Azad Hind Fauz) that Subhash Chandra Bose capitalized on later.

Posted by Bhadesia at 1:27 PM No comments: 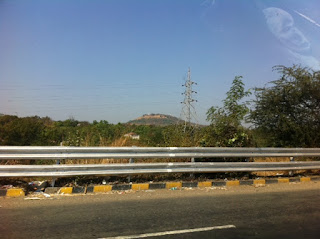 Posted by Bhadesia at 1:27 PM No comments: India will celebrate its 63rd Republic Day on 26 January 2012, but still lakhs of Kashmiri Hindu Pandits are living as 'refugees' in their own country. These Kashmiri Hindus had to flee away from their ancestral homes on 19 January 1990 due to fear of Islamic Militants. Today lakhs of Kashmiri Hindus are living in very much pathetic conditions in different parts of India and many of them died as they were not able to cope up with the climate change and worst living conditions.
Hindu Janajagruti Samiti has organised many exhibitions of 'Genocide of Hindus in Kashmir', prepared by PANUN KASHMIR, an organisation established by Kashmiri Hindus and 'Foundation Against Continuing Terrorism' (FACT). Some of the photos in the exhibition are :

O Hindus, now it is high time for us to get united and establish Hindu Rashtra to avoid 'Atrocities on Hindus' !
Visit : http://www.hindujagruti.org/activities/campaigns/national/hindu-genocide/
Follow Hindu Janajagruti Samiti on :

Posted by Bhadesia at 1:26 PM No comments:

Puja in govt offices won't hurt secularism: HC
CHENNAI: Is conducting Ayudha Puja or Saraswathi Puja in government offices a non-secular activity deserving to be banned? 'No', the Madras high court has ruled.
"Showing respect to the place of work and the objects of work will in no way offend the feelings of others or affect secularism. Ayudha Puja is referable to prayer, reverence or respect given to objects through which an individual performs his profession or occupation. Ayudha Puja in its real terms transcends all religion," a division bench of Justice R Sudhakar and Justice Aruna Jagadeesan has said.
Dismissing a public interest writ petition, which sought a direction to the government to prohibit "all sorts of religious activities within the precincts of government offices", the bench said an individual showing respect to his occupational tools cannot be said to offend the secular nature of the state.
"Irrespectvie of religion, Ayudha Puja is a reverence shown by cobblers, weavers, farmers, autorickshaw drivers, rickshaw-pullers, carpenters, shopkeepers, chartered accountants, advocates, doctors etc., to objects which they use to earn their livelihood," Justice Sudhakar, who wrote the judgment for the bench, observed.
Similarly, Saraswathi Puja is referable to showing respect to education, knowledge and the script, the judge said, adding: "The form of worship or veneration to files and records at the close of the working day preceding the Ayudhua Puja or Saraswathi Puja holidays cannot be called as religious activity by the government, affecting the secular nature of the state."
The judges pointed out that Ayudha Puja and Saraswathi Puja fall on holidays and it could not be concluded that it was the state which performed these pujas at office. "In government offices, if an individual shows respect and reverence to the materials, books, files or records which are being handled by the individual, it will be referable to his individual freedom and there is nothing to show that it affects the secular nature of the state."
The petitioner, S P Muthuraman, cited a government order issued in 1993 and a circular dated April 22, 2010 to seek a ban on religious activities in government offices. In December 1993, a government order said no construction of any new structure for religious worship or prayer within the office campus or modification of any existing structure should be permitted. This was reiterated by a division bench order of the high court in March 2010. It was following the HC order that in April 2010 the government sent the circular.
Justice Sudhakar, however, pointed out that the government order and the circular related to construction and enlargement of structures within government office complexes and had nothing to do with an individual's right to offer puja for the place of work or tools. An individual's right to freedom of conscience is permitted in Article 25 of the Constitution, he said, adding: "If the relief sought for by the petition is accepted, it is likely to cause disharmony among various groups."
http://timesofindia.indiatimes.com/city/chennai/Puja-in-govt-offices-wont-hurt-secularism-HC/articleshow/11534022.cms?prtpage=1
Posted by Bhadesia at 11:54 AM No comments:

‘Hinduism is an intellectual system, not religion’

'Hinduism is an intellectual system, not religion'
Encyclopedia of Hinduism
Editor-in-chief: Kapil Kapoor
Rupa
Rs.21,000 for 11 volumes
Over a fabulous spread of home-made vegetarian food, I was listening to Rajan Mehra, chairman, Rupa Publications Group, telling me about, what he considers to be "the most important publication" of his career. Coming from a publishing house that has made its mark — and anchors its business — by publishing best-selling 'chatpata' books by writers that most famously include Chetan Bhagat, the 11-volume, 7,086-page Encyclopedia of Hinduism, is clearly a radical departure.
In the old Rupa office in Daryaganj, old Delhi, Mehra tells me, "Sometime in 2007, I was approached by LK Advani [Rupa published the BJP leader's memoirs, My Country, My Life in 2008]. He told me about a project that the India Heritage Research Foundation, involving some 2,000 scholars based all over the world, were conducting. These were  scholarly essays and notes on various aspects of Hinduism. Advani asked me whether I would be interested in getting involved."
My hackles go up as soon as I hear about the BJP connection. Far too many 'studies' on Hinduism out there are either religious textbooks or are thinly disguised ideological propaganda. An encyclopedia of Hinduism blessed by Advani sounded anything but a rigorous work of scholarship. Wouldn't this be like Jyoti Basu encouraging a 'study' on Marxism-Leninism?
Mehra proceeds to tell me the kind of 'professionalism' in the work and workforce that went into the production of this giant compendium. "A separate team was hired and it worked from 2008 to 2011 under the editorship of Kapil Kapoor, former  Jawaharlal Nehru University professor, collating, editing and proof-reading each entry." He tells me to take a look at the volumes and realise that, the encyclopedia is as much about the various cultures and cultural offshoots of Hinduism as it is about providing scholarly explanations about its religious and ritualistic aspects that are part of our "samskar" of which most people, practising Hindus included, no little about. "This has nothing to do with any political Hindutva agenda," he adds.
Speaking to Kapil Kapoor, who took on the project before Mehra got involved, I get the same pitch. He is more forthright and tells me that "Hinduism isn't a religion, it's a powerful intellectual system". The former JNU pro-vice chancellor and professor of English who also taught comparative linguistics, says, "Hinduism has no sacred text. It is a kind of manual for living based on ethical materialism. It is also deeply and widely interpretative."
But keeping this 'make what you will of it' nature of Hinduism in mind, I ask him whether this encyclopedia, an interpretation of interpretations, is not going to open to criticisms both from those who have a very firm view of 'Hinduism' in mind and from those who see it as an exclusionary 'communal' enterprise? "Even most Brahmin scholars don't know about most of the matters that they pass off as 'Hindu'. Like nuclear science, Hinduism is essentially a system of knowledge and this encyclopedia attempts to explain various elements for both the scholar as well as the student of ideas," says Kapoor. He also points out that while the oral tradition has been a preferred system of storage, enhancement and transmission of knowledge ("Why do you think Indians take so easily and lovingly to the television medium?"), putting this knowledge down in the written/readable text makes it available to many more.
As for criticisms and counter-views, he says that in his introduction he has welcomed readers to send in criticisms. "In such a vast enterprise, there are bound to be omissions, mistakes and lapses. I only hope that other scholars point them out so that the process of knowledge collection is further filtered."
The proof of the pudding, of course, is in the eating. So it is to the encyclopedia that I, a non-practising Hindu atheist, go to. The format is straightforward and along the lines of <Encyclopedia Britannica>. Starting from 'Abadhita-Jñana' in Volume 1 ("non-contradictable knowledge…") to 'Zoroaster (Zarathustra)' ("the founder of Zoroastrianism…) ten volumes later, the entries are crisp, provide background and foreground, and come with a bibliography (the entry on Abadhita-Jñana includes JF Staal's 1961 book, <Advaita and Neoplatonism>.
The production is excellent, as is the quality of images that are scattered across the volumes. With entries that include the 'Dhammapada' (the main text of Theravada Buddhism), the 'Chipko movement' (the organised environmental movement to resist the destruction of forests in India'), as well as the 'Saura Mandala' (solar system), clearly, this is an encyclopedia that doesn't define 'Hinduism' in any narrow, proselytising way.
There are many reference books that deal in a scholarly, non-religious manner on Christianity, Islam, Buddhism and Sikhism. This <Encyclopedia of Hinduism> fills a gap that was there for readers in English who wish to pursue knowing about one of the most prevalent thought and social systems. Despite the initial fears I had (of shoddy production, dodgy scholarship, a hidden agenda, and an introduction by Advani), this 11-volume encyclopedia is a startingly good treasure trunk for any one interested in the history of ideas to dip into.
Posted by Bhadesia at 2:10 PM No comments: