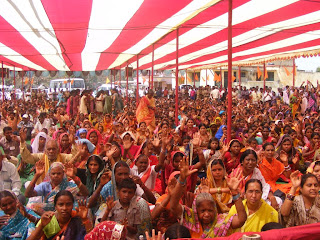 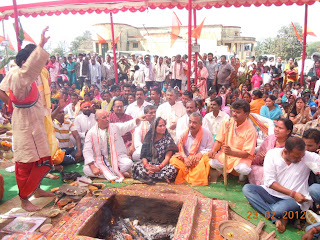 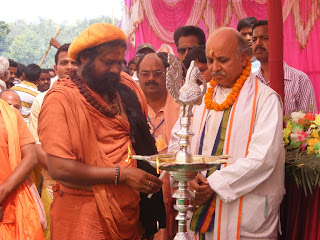 Respected Colleagues:  Saadar Namaskar:
Enclosed herewith please find a report and pictures by the Vishwa Hindu Parishad of India claiming that 3000 people were reconverted to Hindu Dharma at a ceremony in Sundargarh,  Orissa on February 24th.
We Hindus in America are very happy and thankful to those who worked hard to bring our brothers back to Hindu fold.
Hindus in India are under siege.  Anti-Hindu forces have sinister plans to obliterate Hinduism from the Indian soil.
It is not only obligatory but also the dharmic duty of Hindu leaders and organizations to come out openly and stand shoulder to shoulder along with those who want to restore dignity and glory to Hinduism.
Best regards,

http://samvada.org/2012/news-digest/orissa-3000-reconverted-to-hinduism/
Rourkela, Orissa :  The Vishwa Hindu Parishat, VHP on Feb 24, Friday claimed that over 3,000 people of 658 families from three states were reconverted to Hinduism at a function held in Sundargarh district.
People from Odisha and neighbouring Jharkhand and Chhattishgarh congregated at Sundargarh town where the function, described by the VHP as "home coming", was held yesterday.
Several people, particularly poor and uneducated tribals and dalits had converted through allurement, international executive president of VHP Dr Pravin Togadia said at the function demanding a strict law against conversion.
--