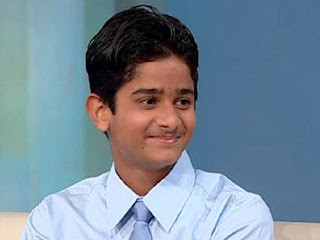 Akrit Pran Jaswal has been declared a genius. An IQ test he took yielded a score of 146. He is the smartest kid in a country of more than a billion people. Akrit had read Hamlet and Othello at an age when kids start school. On the Oprah Winfrey Show to which he was invited when he was 14 he was asked if he could understand Shakespeare at four and he had answered, 'I could understand it. That's why I was reading it'.His genius was not limited to this reading abilities alone, the wonder boy was able to perform a surgery when he was just seven to a girl who had burnt her fingers. No wonder then that fame and recognition caught up with him.Doctors at local hospitals began to take notice and started allowing him to observe surgeries. Inspired by what he saw, Akrit read everything he could on the subject. A 16- year- old now, Akrit has taken up M Sc in Pharmaceuticals at Chandigarh. Locals come to him seeking medical advice for their various ailments. He wants to study both neurology as well as oncology and find a cure for all forms of cancer. To know more about Akrit, write to him at akrit_2005@yahoo.co.in
Come Kumbh Mela, and sixty-four years old Abdul Hafeez, a retired health department employee, is seen telling Hindus about the right way of performing `snan' and `Gangajal aachman'. He performs `Surya namaskar' and has been taking holy dip at the Sangam since 1968 on all main bathing days. He does the job of health supervisor and oversees arrangements in all major ashrams, akharas and camps in Allahabad (Uttar Pradesh, Bharat). He was felicitated by the state government in 2001 for his valuable contributions during Kumbh, Ardh-Kumbh and Magh Mela for over four decades. ``It gives me an immense pleasure to see smile on the faces of the pilgrims as it means God has accepted my services,'' he says.He is called by mela officials every year. Besides offering services to pilgrims, Hafeez also offers the mandatory namaz five times a day regularly. His family members also offer prayers to `Maa Ganga', he adds.
Based on a report by Shri Kapil Dixit in THE TIMES OF INDIA, January 6, 2010 (Idea: www.tamilhindu.com) 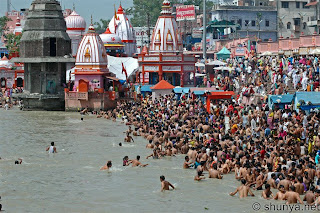 THREE
The Legislative Assembly of Uttarakhand state (Bharat) has set an example for other states in the country by declaring Sanskrit as second official language. The Rajbhasha Vidheyak (Official Language Bill) was introduced in the Assembly to make Sanskrit as second official language as people of the State have keen interest in the language. They tend to use Sanskrit on special auspicious occasions with extreme regards. There are primary, intermediate, graduate and postgraduate Sanskrit medium schools and colleges also in the State which contribute to spread and learning of Sanskrit. Former RSS Sarsanghachalak Shri KS Sudarshan and many Sanskrit scholars felicitated Chief Minister Dr Ramesh Pokharial `Nishank' in Haridwar for this courageous step. Shri Sudarshan described it a historical and commendable decision. It is a great irony that in India, 18 states have made Urdu their second official language under the appeasement policy, but the Uttarakhand government took the right decision by declaring Sanskrit the second official language, he said. 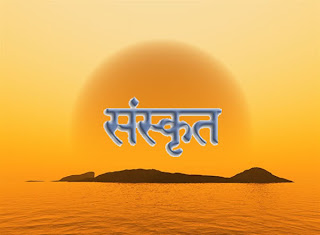 Shri Prasad is an auto driver based in West Mambalam, Chennai (Tamilnadu, Bharat). On Decemeber 17, he drove a passenger to T.nagar. While alighting, the passenger left behind a bag containing Rs. 35,000. When, later, Prasad noticed the bag, he handed it over to the Ashok Nagar police station. Even while the police were looking for the owner of the bag, one Shankarlal, an employee of a jewller' shop in T.Nagar, lodged a complaint with the Ashok Nagar police station stating that he had left behind the cash bag in an auto. On cofirming that he is the owner of the money, the police handed him the bag. Officials appreciated prasad for his honesty.www.tutyonline.com/news/view/2/3395/1261185060.shtml ; December 18, 2009. (Idea: Smt. Rama devi)

Come and visit Thennur village near Trichy, Tamlnadu (Bharat). Here is a man, Senthil by name, who was earning Rs 2 lakhs per month 5 years ago in the US. One of his ambitions, from the time he was studying in school, is to serve his village. Hence, after earning some money for his parents, he resigned his job in the US and came to his village in order to support the village. He is just 36 years old now, which means he resigned his job when he was 31! He is also called as `Ilam Gandhi' (Young Gandhi). After resigning his job, he invested Rs 40 lakhs in Thennur to build a community health center and an informal learning center.Out of the Rs 40 lakhs Rs 31 lakhs came out of his own pocket. He started an NGO called `Payir' (plant) to help this village. He has created a small IT company at the village. This company has 4 employees as of now, who are all graduates from the village. They have a US client and are currently working on a $ 2500 project. Payir trust provides him with daily food. The trustees have agreed on this. He has built a hut for himself using his past earnings. So shelter is not a problem. He has 3 sets of shirts and Veshti (Dhoti). which he says, he can use for the next 2 years. Asked how he will manage in his old age, if he gets any disease, he coolly replied that he will go to a Govt. hospital where everything is free of cost. Thennur is a proof of the change that youth can bring in our country. 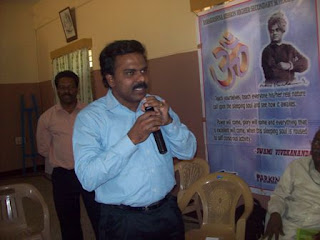