Fwd: {satyapravah} Demand for reservation of all Muslims in Bengal!

Does this desire carry seeds of partition once more?

What we had been apprehending has come true finally – it was apprehended, considering undue eleemosynary (beneficent) posture of reigning government to better Muslims, that there would be demands of reservation of Muslims en masse before long.

And the fear became most apparent when Sultan Ahmed, senior leader of Trinamool Congress, Union Minister of State for Tourism in the reigning government and also the minority face of his own party, speaking at Teachers' Conference of Child Education Centre of All Bengal Minority Council, on May 12, 2012, gave a clarion call to make reservation for the entire Muslim community in the state of Bengal a reality. In accordance with the minister, such reservations do exist in the states of Kerala, Andhra Pradesh, Tamilnadu and Karnataka; it's, therefore, high time to introduce and establish the same in Bengal.

He also said that based on Census, 2011, Muslims form 26% of the populace in Bengal; consequently, reservation for the entire Muslim community can't be less than 18%. And thus Muslims would no longer remain in the tag of OBC.

Had he restricted himself to this, it would have certainly been better. Refusing to stop here, he went on saying that members of All Bengal Minority Council must organize conferences in the state level as regards reservation where representatives from Karnataka, Andhra Pradesh, Kerala ought to be invited to learn from them ways to render reservation to the entire Muslim community.

Well, this bragging, without doubt, will not generate any result; Constitution of India doesn't consent to reservation based on religions.  But the trend has been established. While on one hand it will display good wishes of Trinamool to better Muslims en masse, on the other hand it will just boost Islamists to attain their aim of turning Bengali into a Muslim-dominated state in India.

Trinamool Congress may emerge victorious in the imminent Panchayat election, thanks to this but the development will seal fates of Hindus only.

It is said that Government of India Act 1935 contained seeds of partition in 1947. Bengali Hindus, as per political analysts, at that time were left with opportunities of perceiving and criticizing it only but not to halt it in its tracks.

History is repeating itself; cudgel of responsibility to defeat it is on Hindus.

Will they become successful this time?

It's the most important question at the moment. 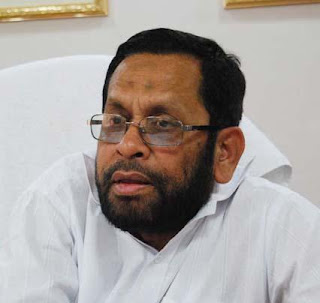 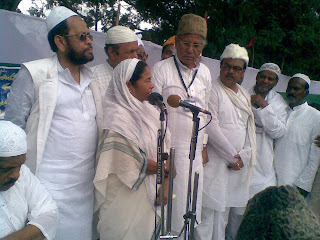