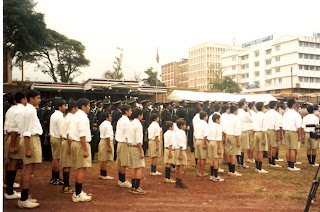 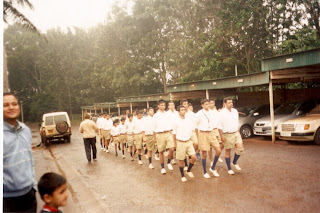 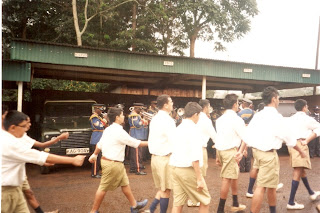 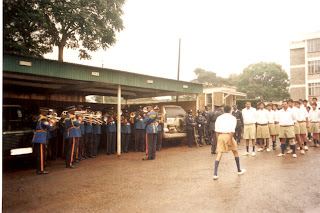 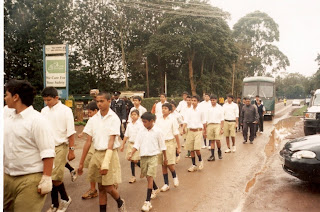 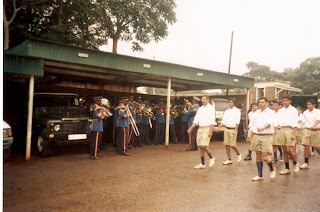 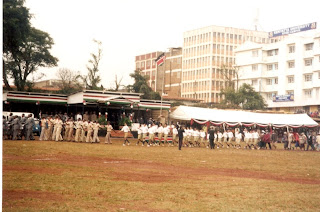 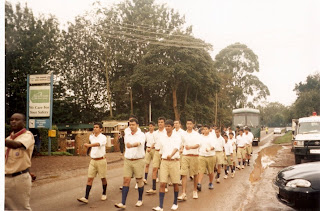 Forwarding mail received this morning from Nairobi – very encouraging one.

Please pass it on down to karyakartas in your respective Vibhags.

During the camp, the great day, the historic event for Kenya took place on 27th August 2010. It was the promulgation of the new constitution by Hon. President, Mwai Kibaki, at the Uhuru Park in Nairobi . In Nyeri Town, the function was to be held at Kamakunji Grounds, which was opposite to our sangh shibir sthaan.

It was a sheer delight for the residents of Nyeri town, as our swayamsevaks marched alongside with the Kenya Police Band, Kenya Administration Police, Kenya Prisons and Kenya Scouts. The public on the way were really astonished to see the Hindus marching and participating in the historic event of Kenya. The procession started from the DC's Office and reached the Kamakunji Grounds( Dedan Kimathi Ground) in Nyeri. The dignitaries started coming and took their seats on the stage. The function started with a word of prayer by Christians and Muslims' priest. There were various programs. In the speech by Hon. Minister, Mr. Kagwe, he mentioned about Banglore, that it is the IT hub of India and Kenyans should make, Nyeri, the IT hub for Kenya.

O lord of all creation, bless this our land and nation.

O lord thank you for leading us from

Ignorance to knowledge and from mortality to immortality.

O lord, please be with us in all our deeds.

Thereafter some of our prominent Hindu leaders were invited at the Provincial Commissioner, Japhet Rugut's residence for lunch. In his speech there, he emphasized on the presence of the Hindus for the entire function. He even wondered why Hindus did not participate for all these years, in such functions. With the new dawn , let us all work hand in hand for the betterment of the nation and the humanity on whole, putting aside our caste, creed and color.